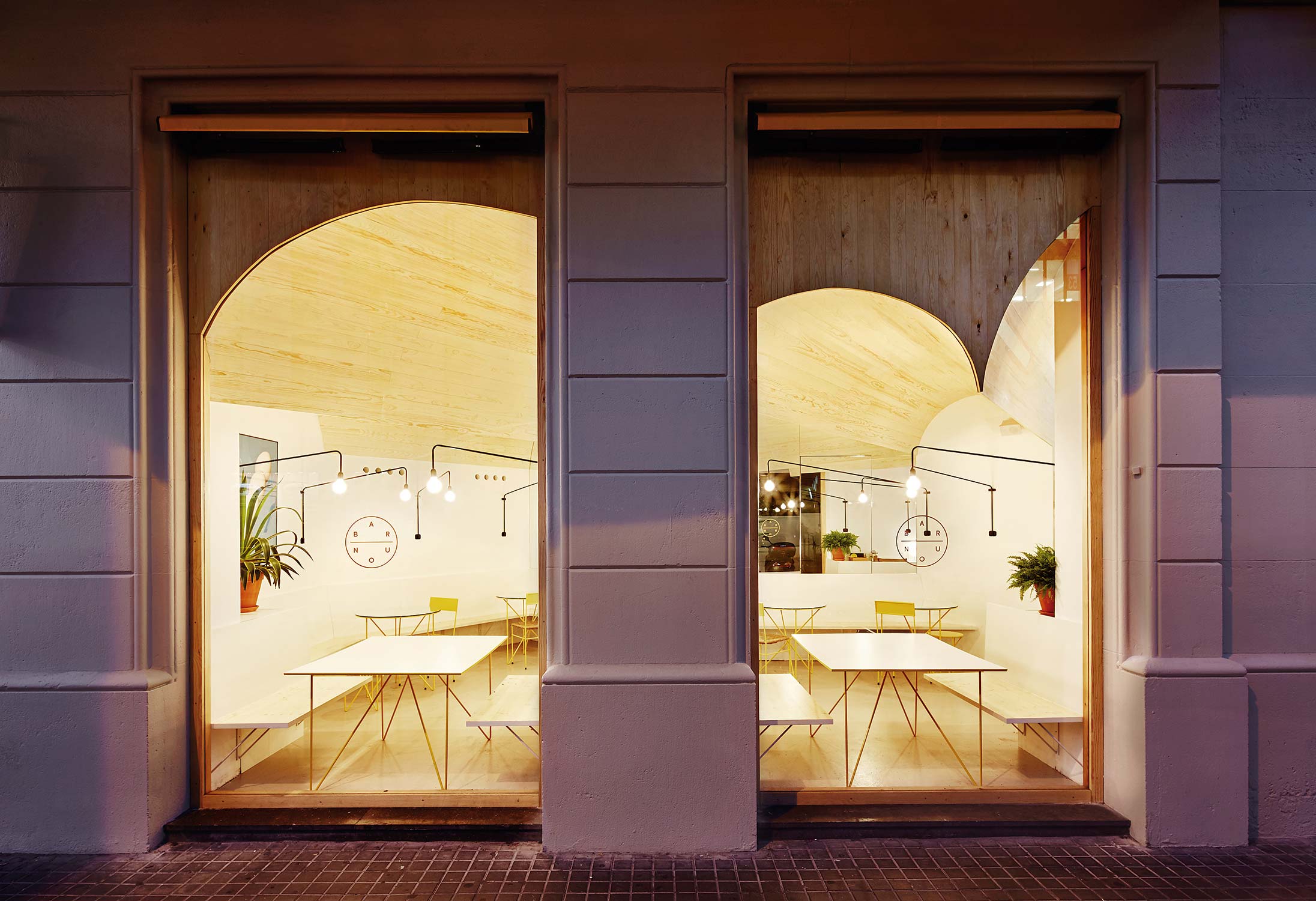 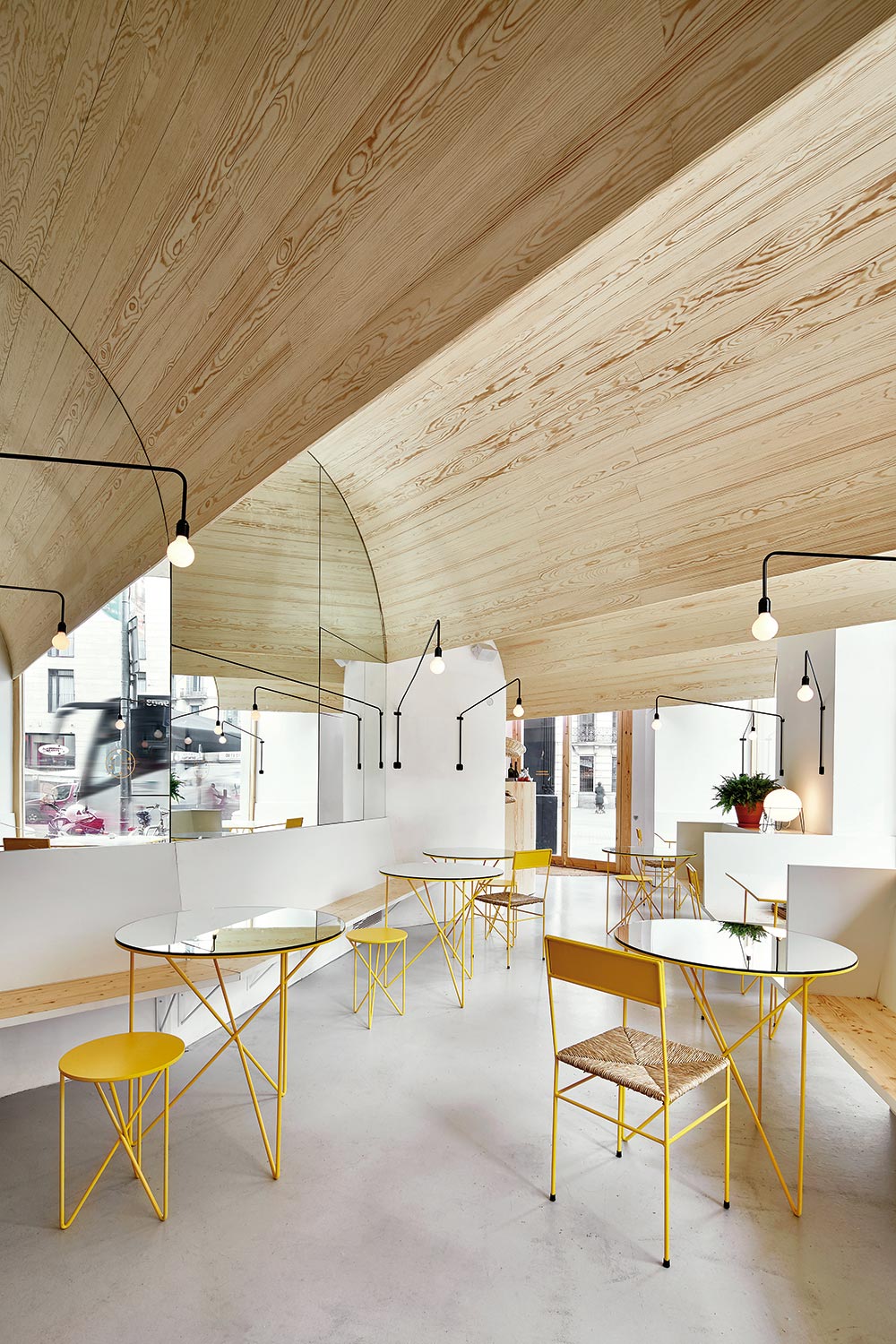 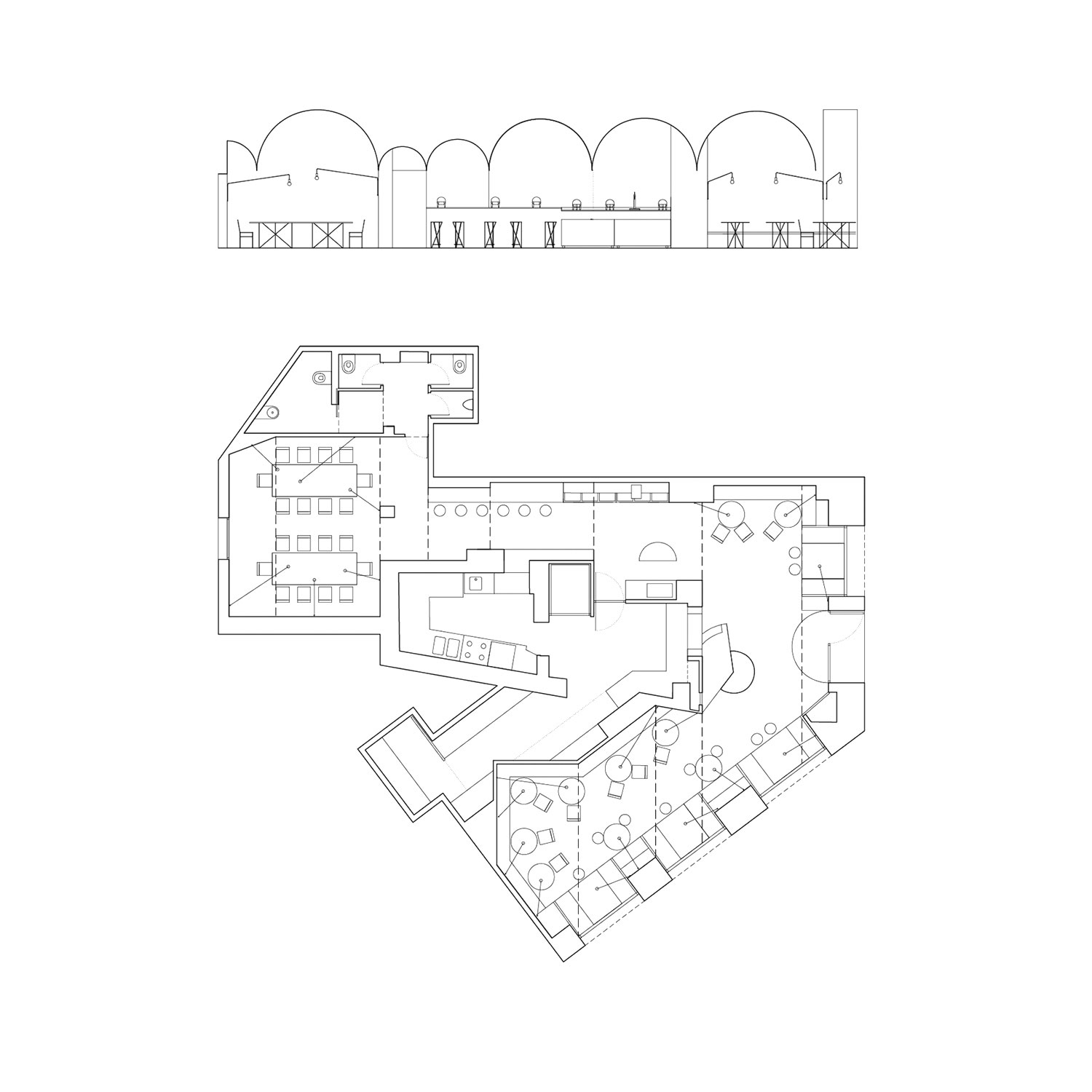 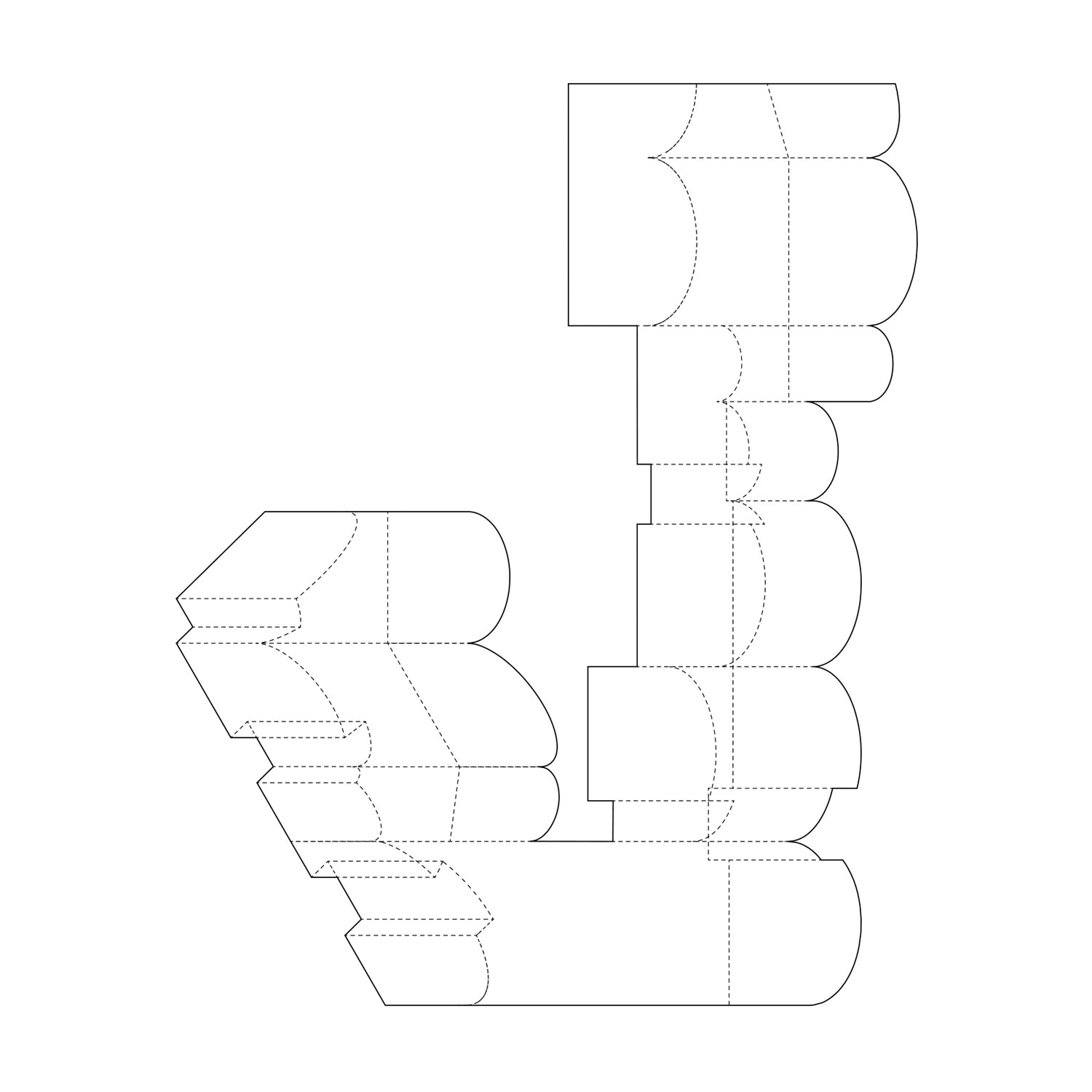 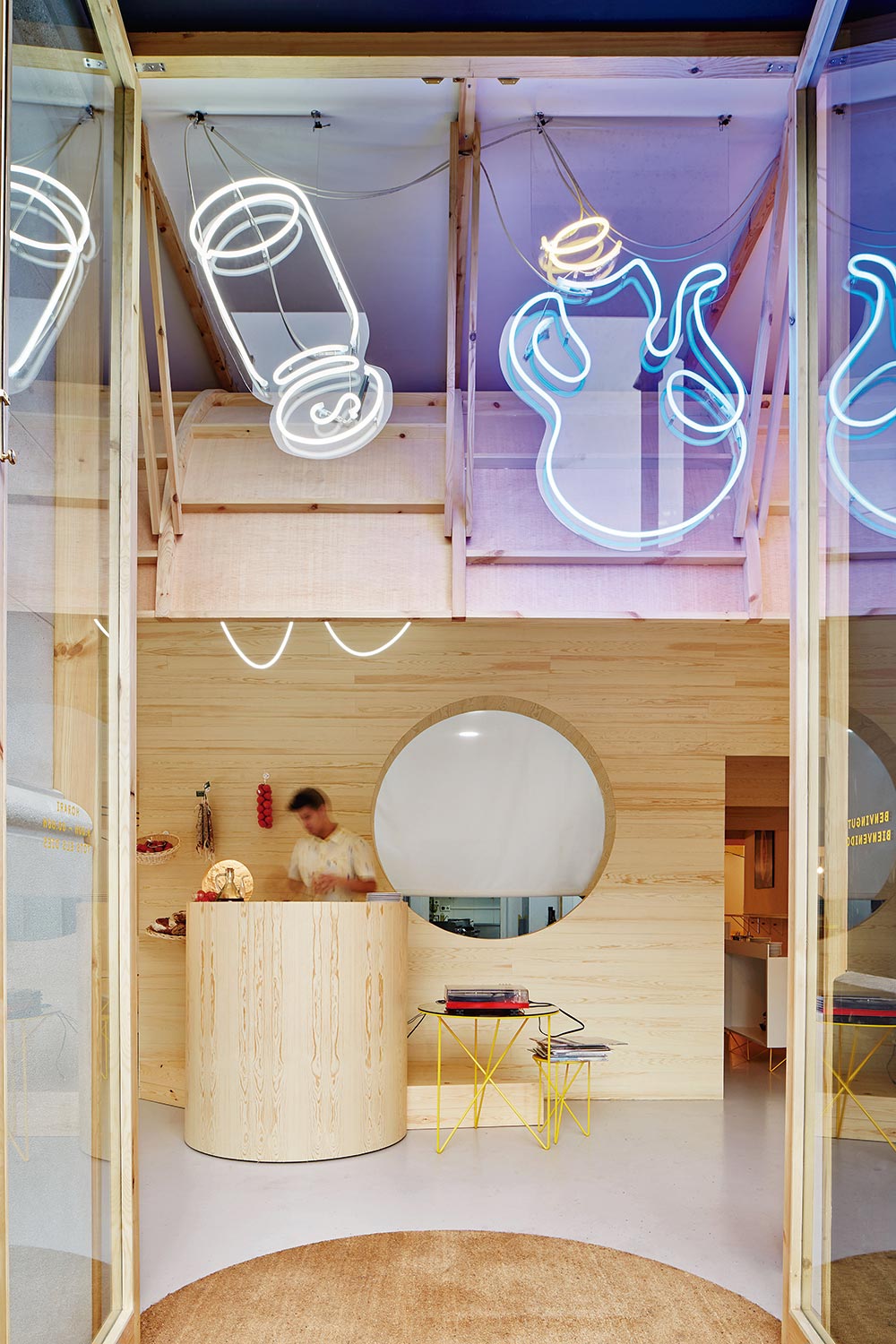 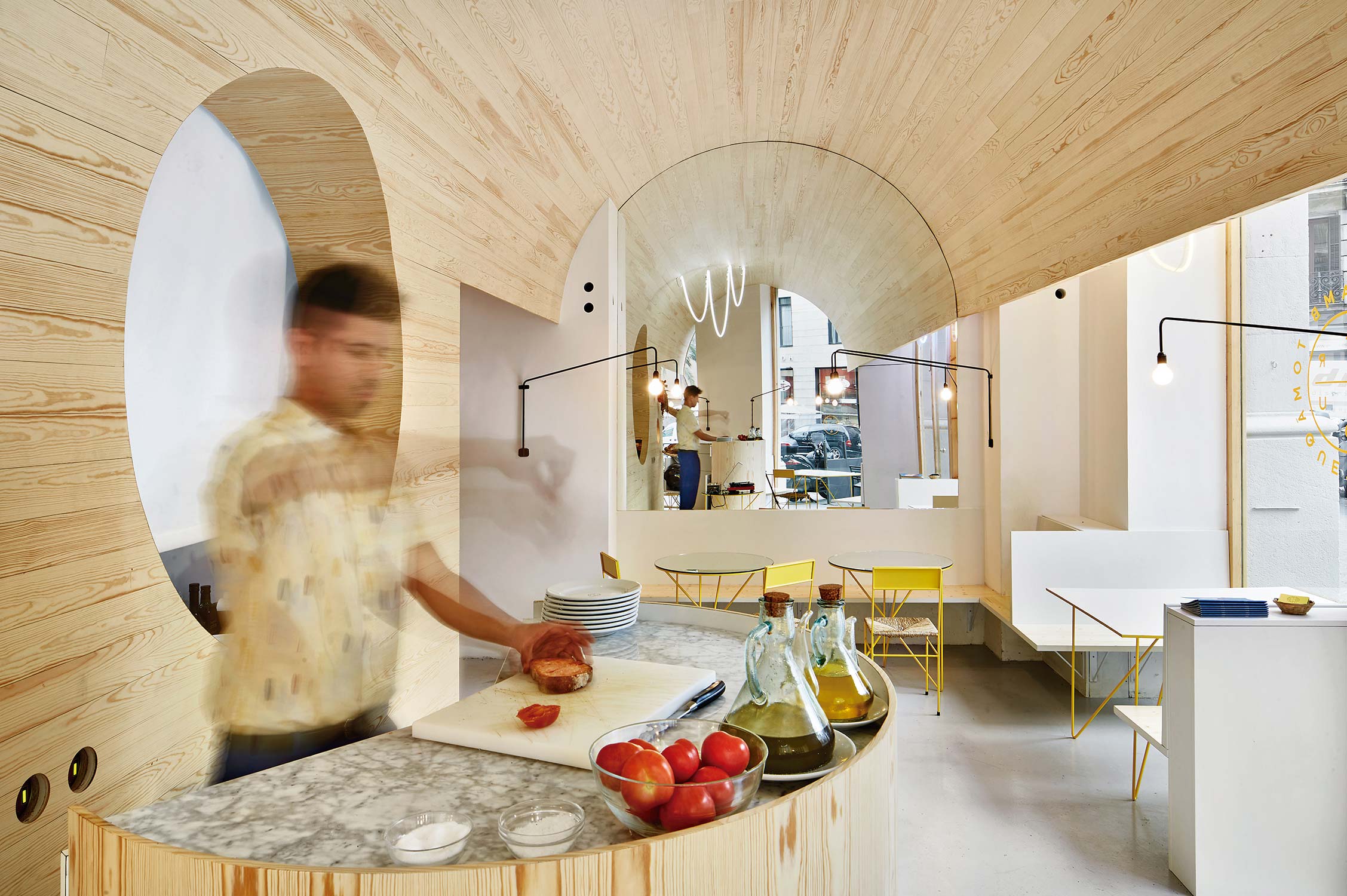 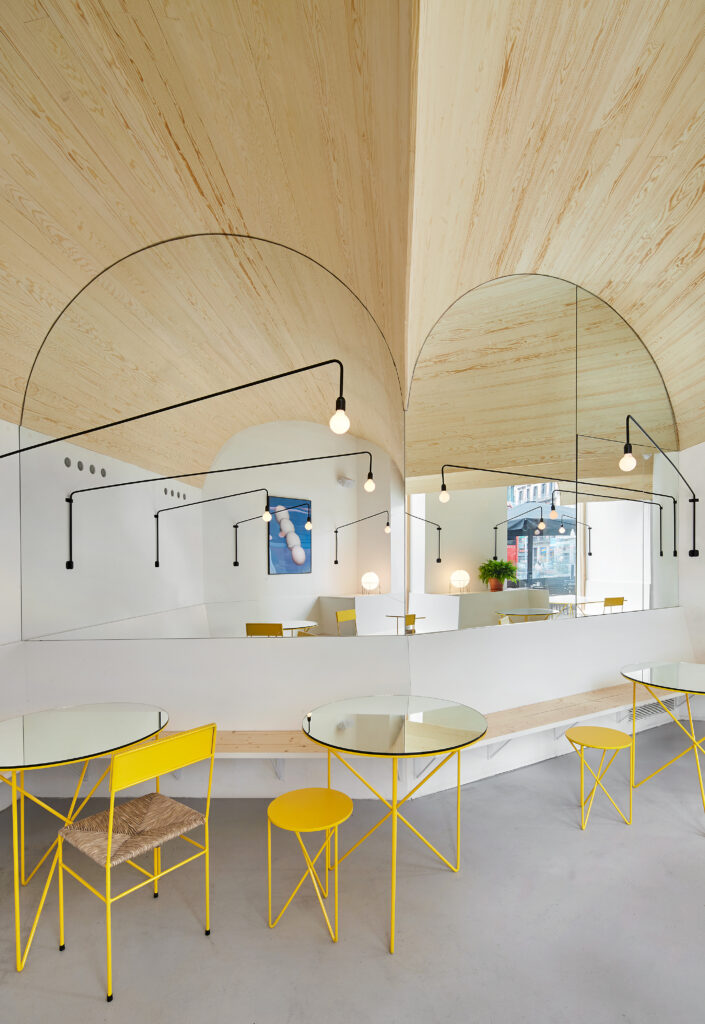 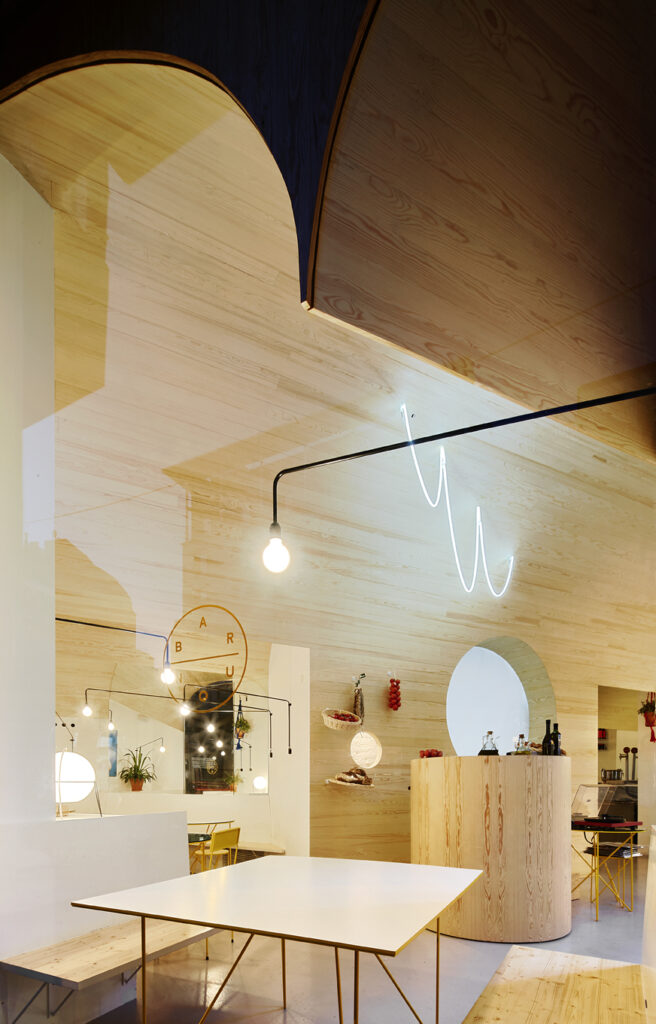 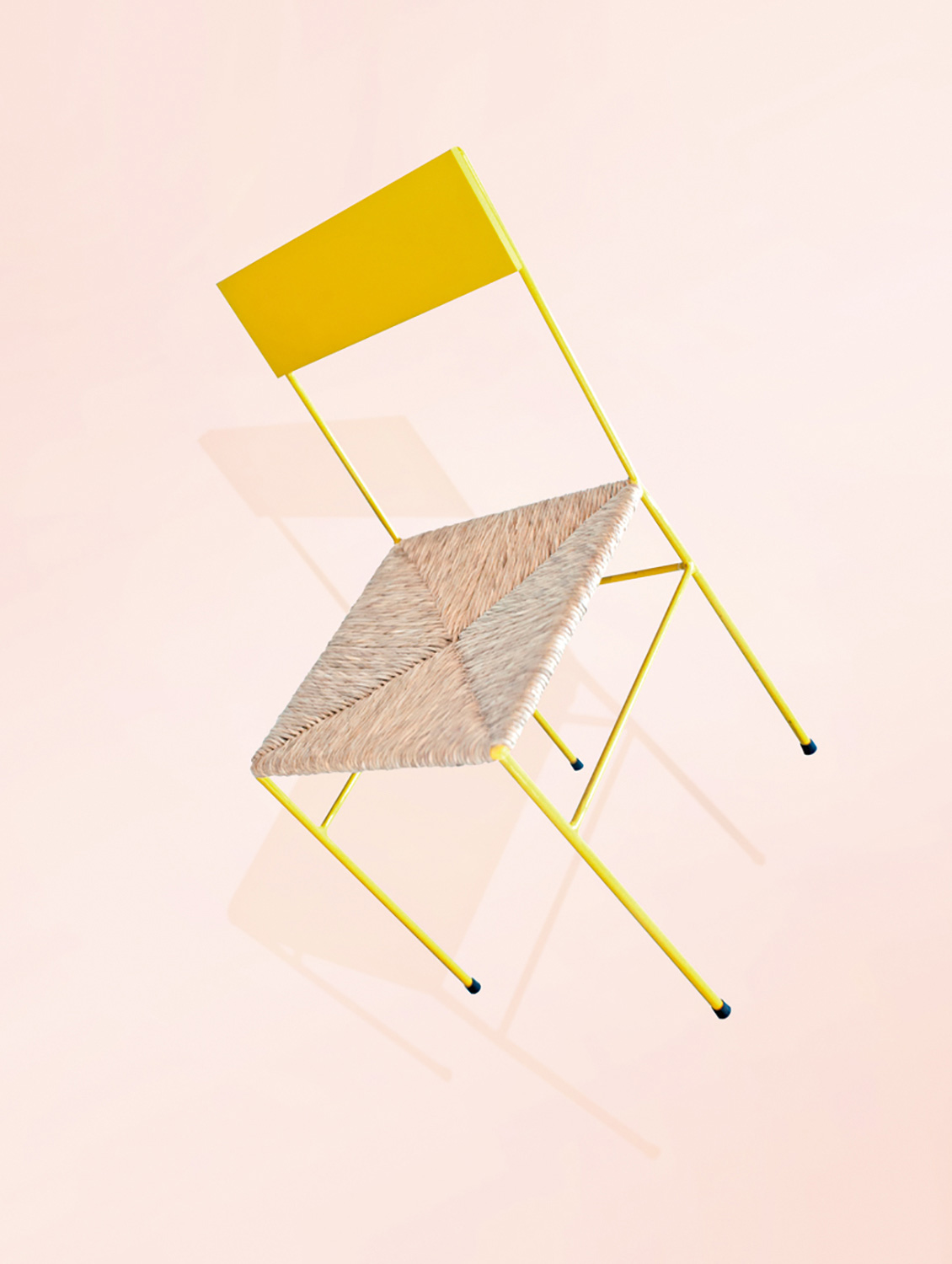 The refurbishment of an existing bar, placed near the center of Barcelona, demanded the creation of a new and easily recognizable spatial identity, that could be applied and repeated in other locations.

To that end, a new vaulted ceiling system has been created in order to provide domesticity while keeping a continuous perception of space.

Once the rules are defined, these are followed rigorously. The ceiling vaults are extended up to the front line of the façade and intersect the windows and the walls in a free way. Thus, the encounter of the vaults with the preexistence is made visible through the windows, which show the section of the interior space and its domestic atmosphere. However, there is no system without an exception, or viceversa, no exception without a system. On the access facade the timber frame of the ceiling is displayed in order to make clear its non structural nature and strengthen its sceneographic nature.

Besides the space, the project has also developed the design of the interior elements including furniture and lights. Both the chairs and tables introduce common materials in domestic tradition, such as cattail or mirrors. With regard to lighting, three complementary typologies have been designed. With urban scale in mind, the project uses figurative neon lights to emphasize its presence in a busy and crowded crossroad. Meanwhile, the interior suspended lamps consist of a pivoting metal tube arm that allows them to adapt to the changing position of the tables and in turn draws from outside a constellation of points in permanent modification. Additionally, three-legged lamps provide a domestic and atmospherical light.