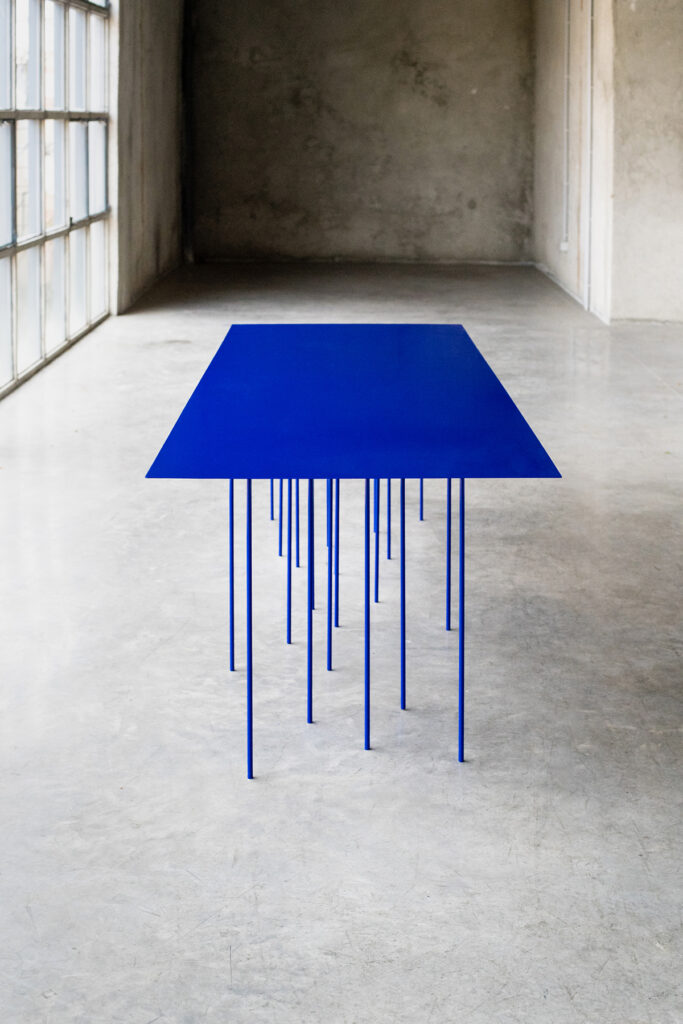 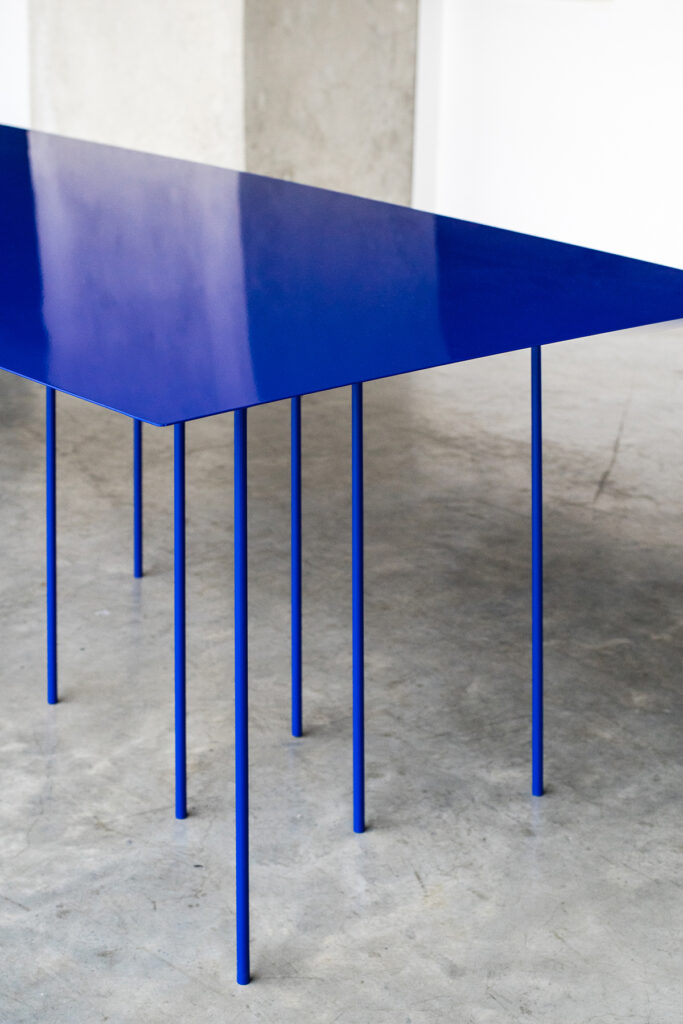 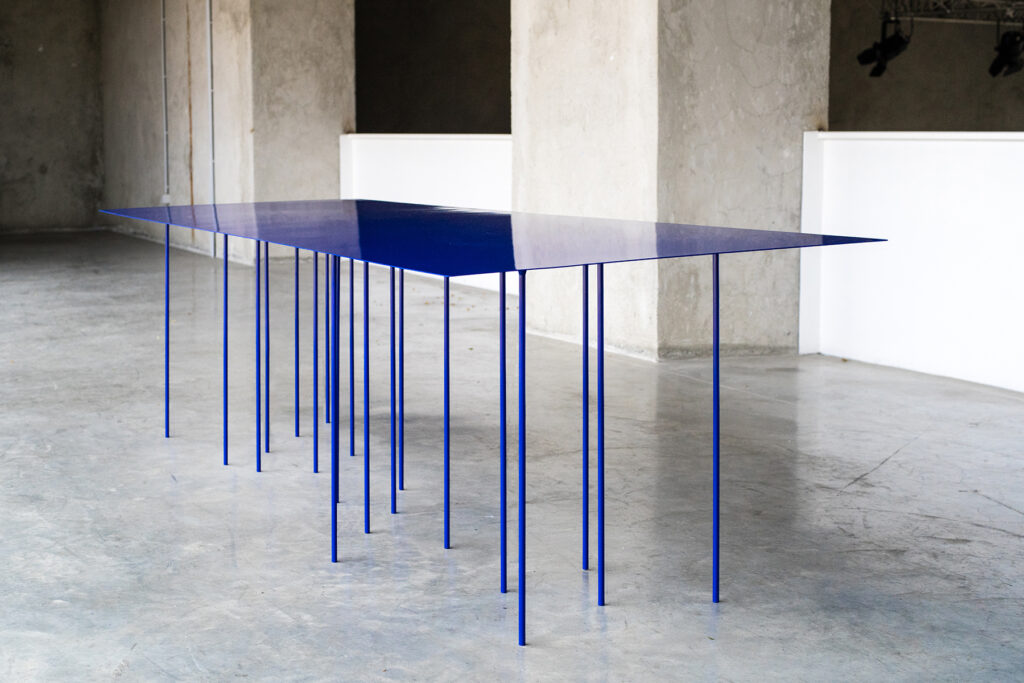 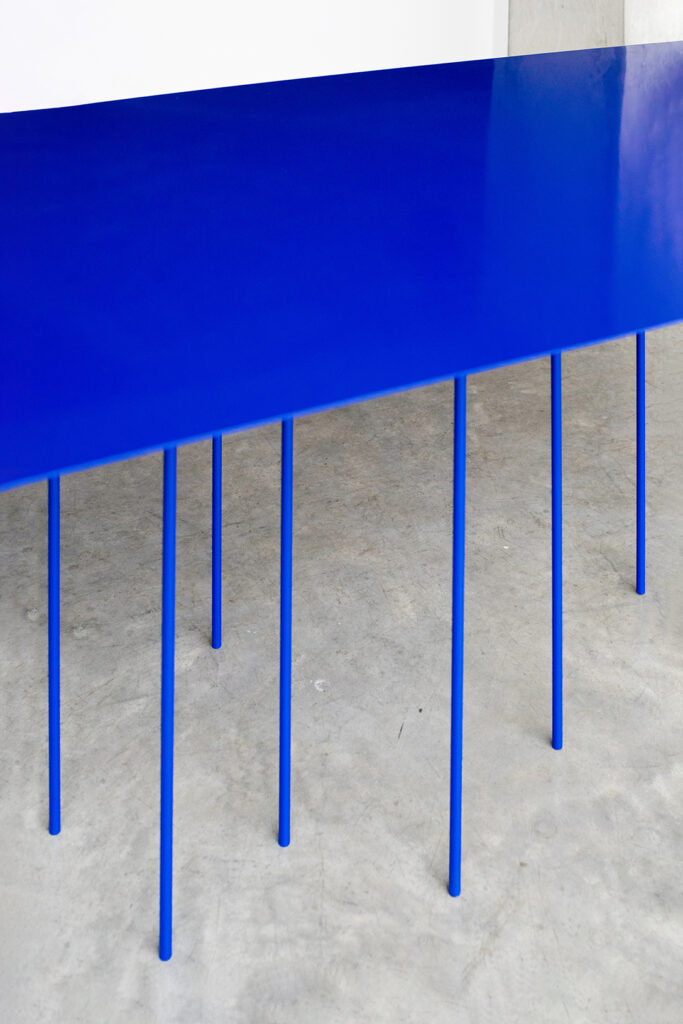 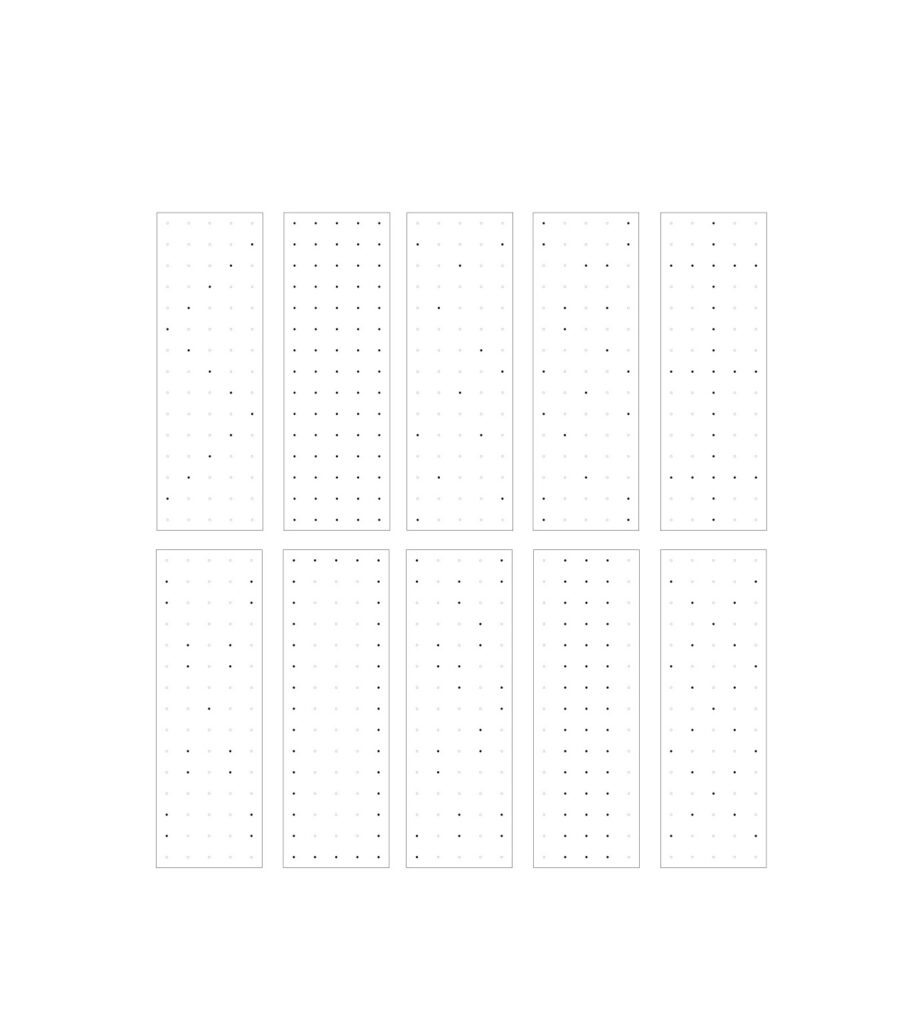 The board of a table is much more than a mere support: it is a line that divides two worlds. On its upper part certain codes are maintained, there are prescribed ways and conventions. Above that level reigns the protocol, the scopic, the customs and courtesies.

Everything changes under the table. There appear the flirtations, the furtive gestures, the hidden. In this invisible field dominate the unseen signals and the secret codes, the tactile ones. Also the pets rest covered by an architecture to their measure and, inadvertently, doze. Under that plane, the feet are confused and mixed in a small choreography, where the human and artificial legs intermingle, claiming the latter, sometimes annoyingly, their presence.

The TTTTable proposes a rereading of the support of the usual table archetype, provided with one or four legs. The table, is here converted into a sum of elements that are presented in its maximum lightness, in its minimum expression, thanks precisely, to its massive replication and its strategic position. Its 12 legs allow a homogeneous support and minimize the bending of the board, which allows an optimization of the material and at the same time generates new laws under it