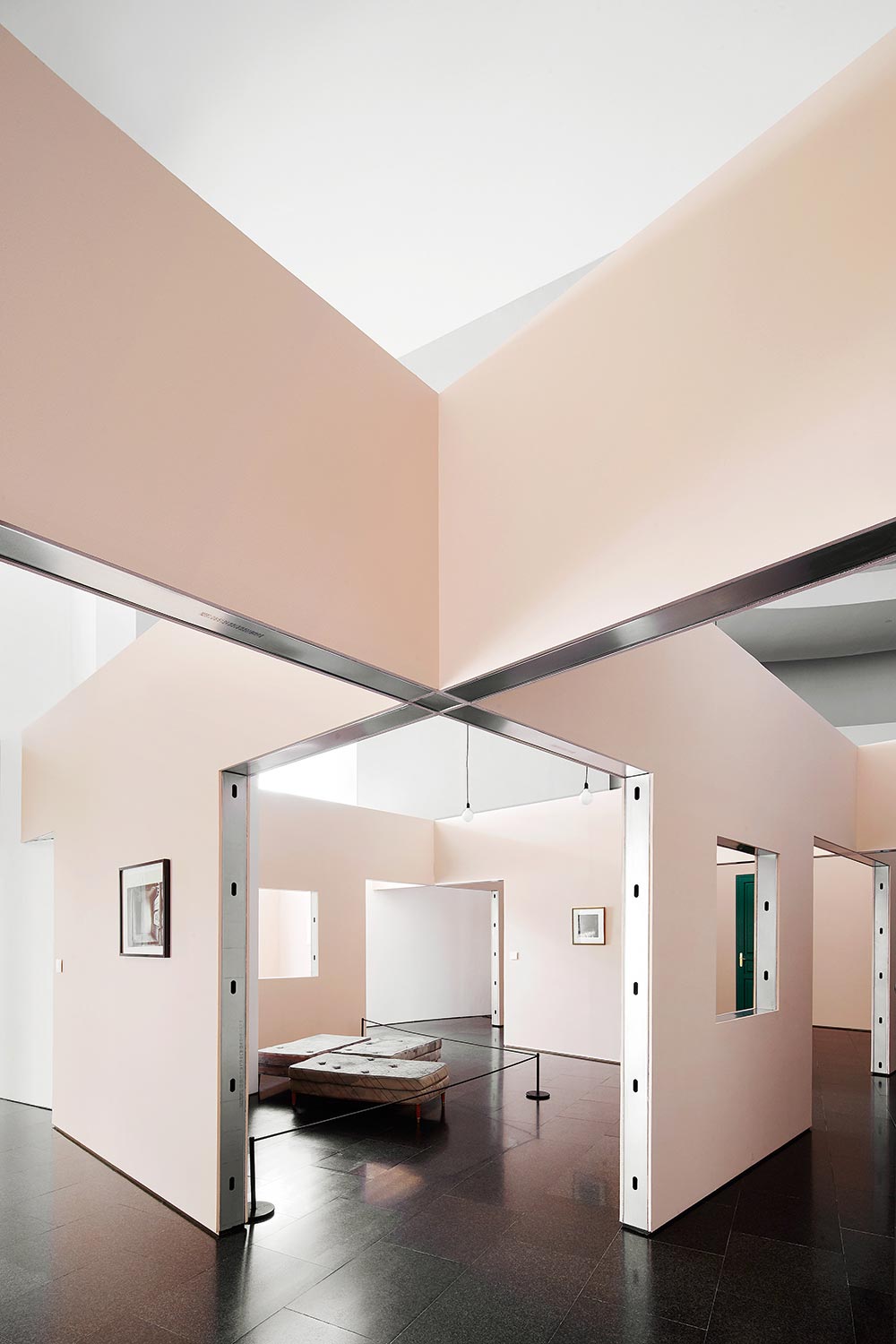 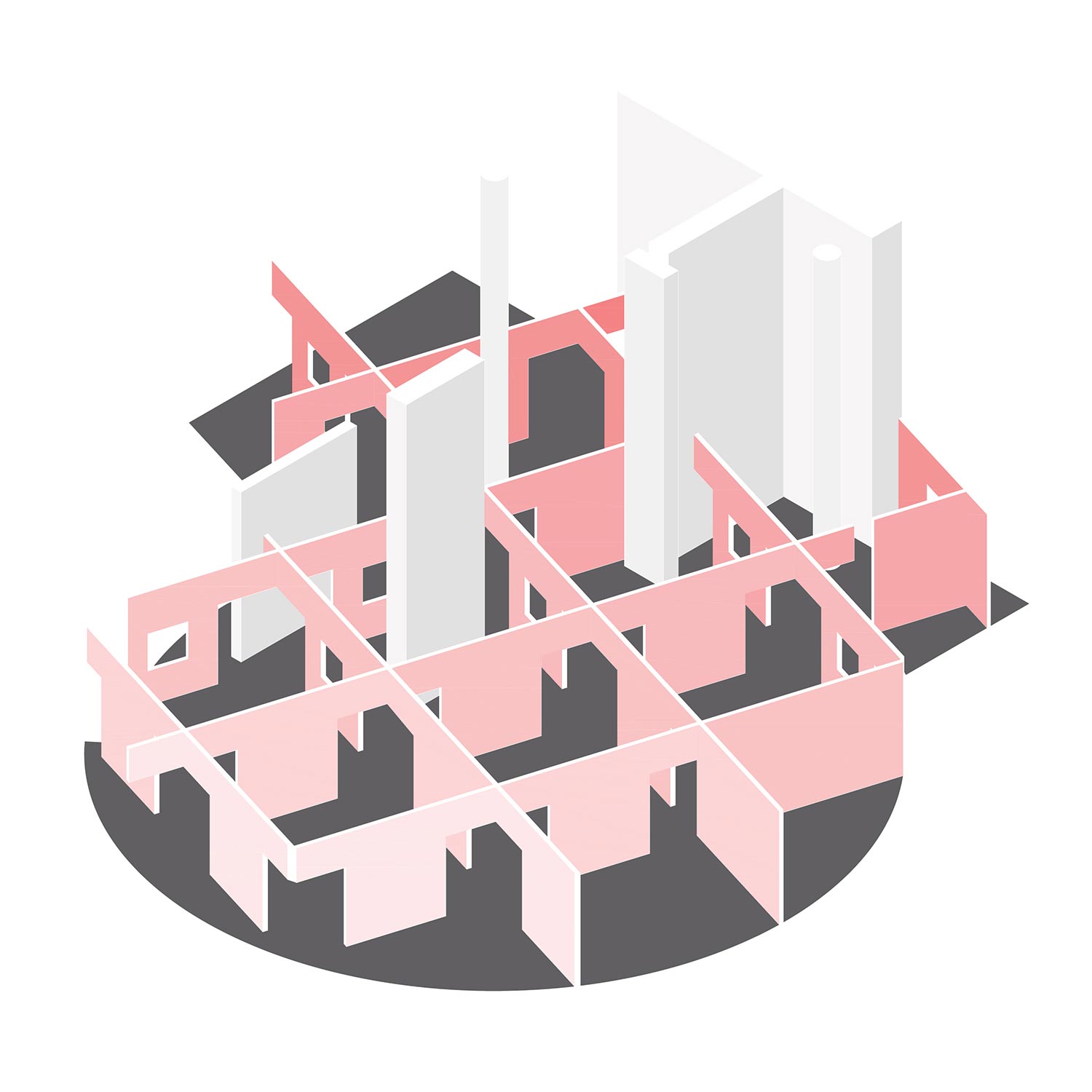 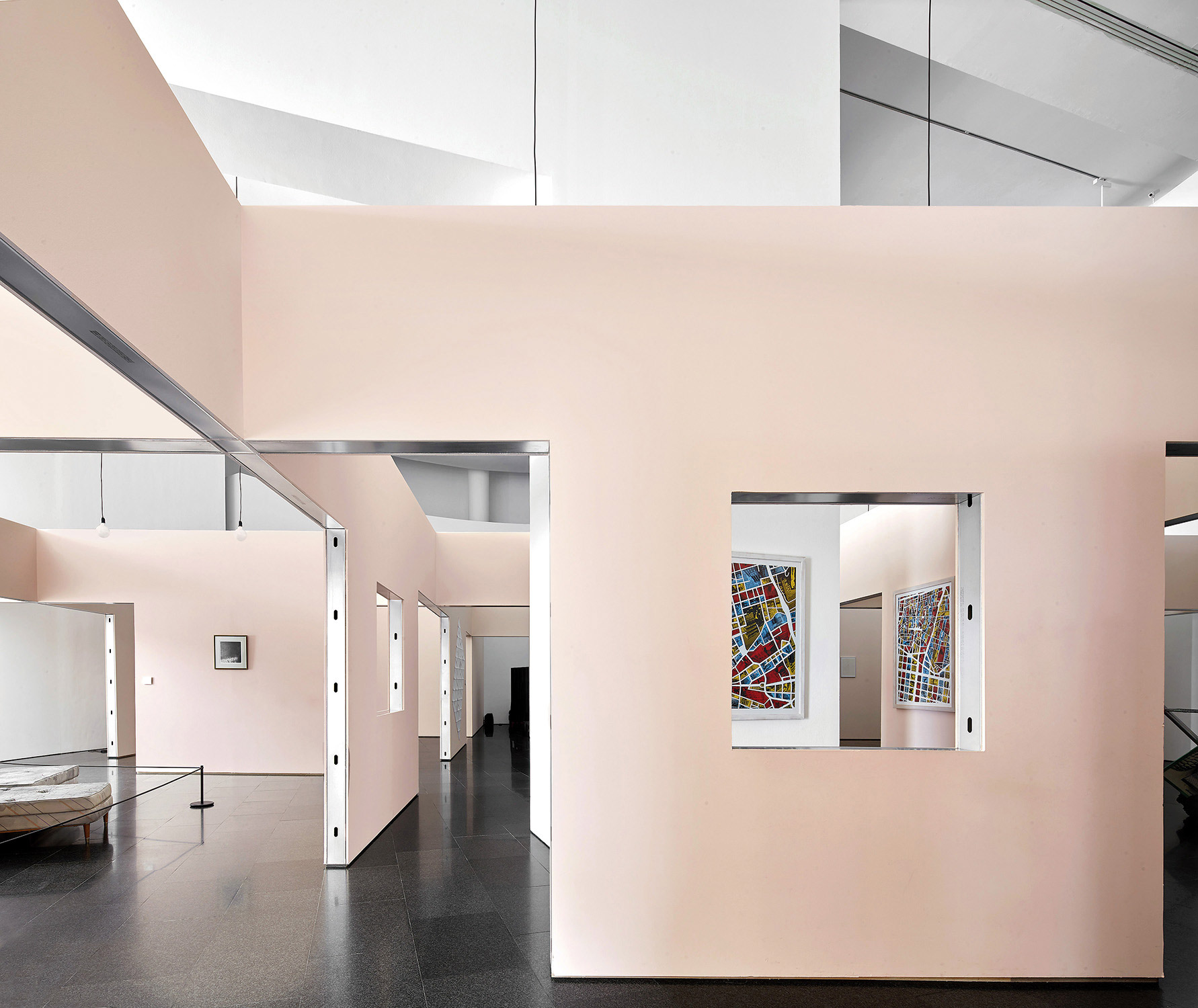 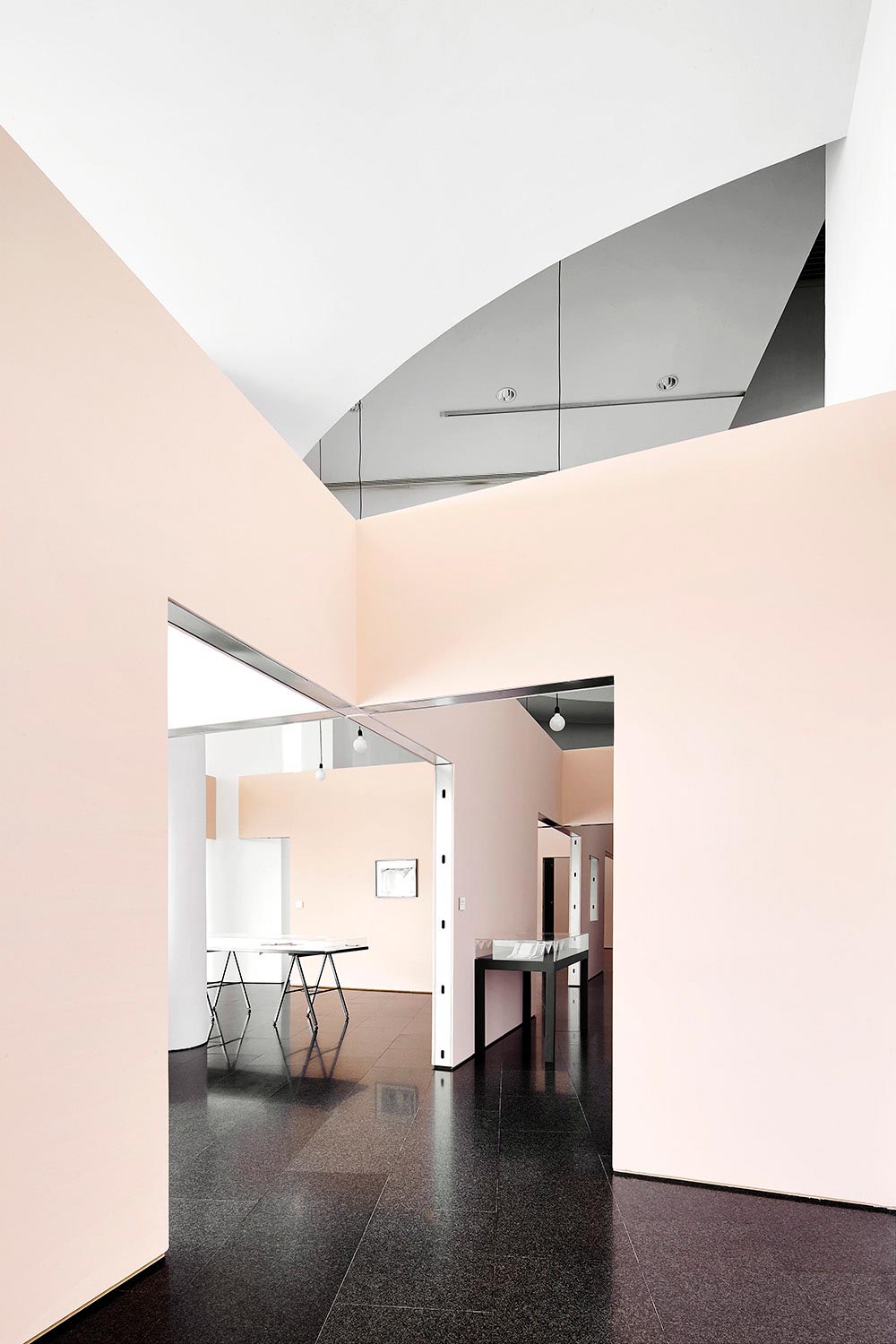 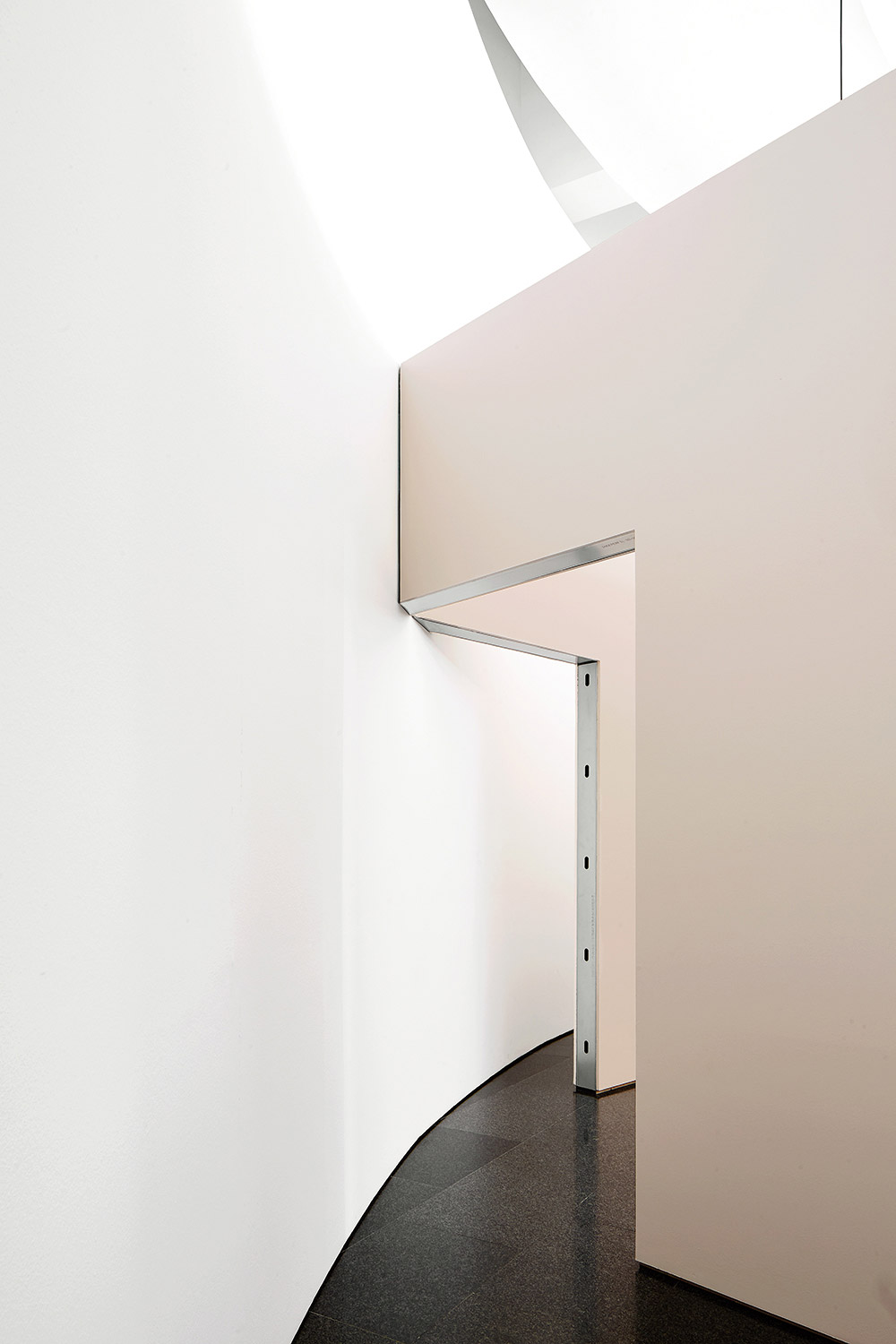 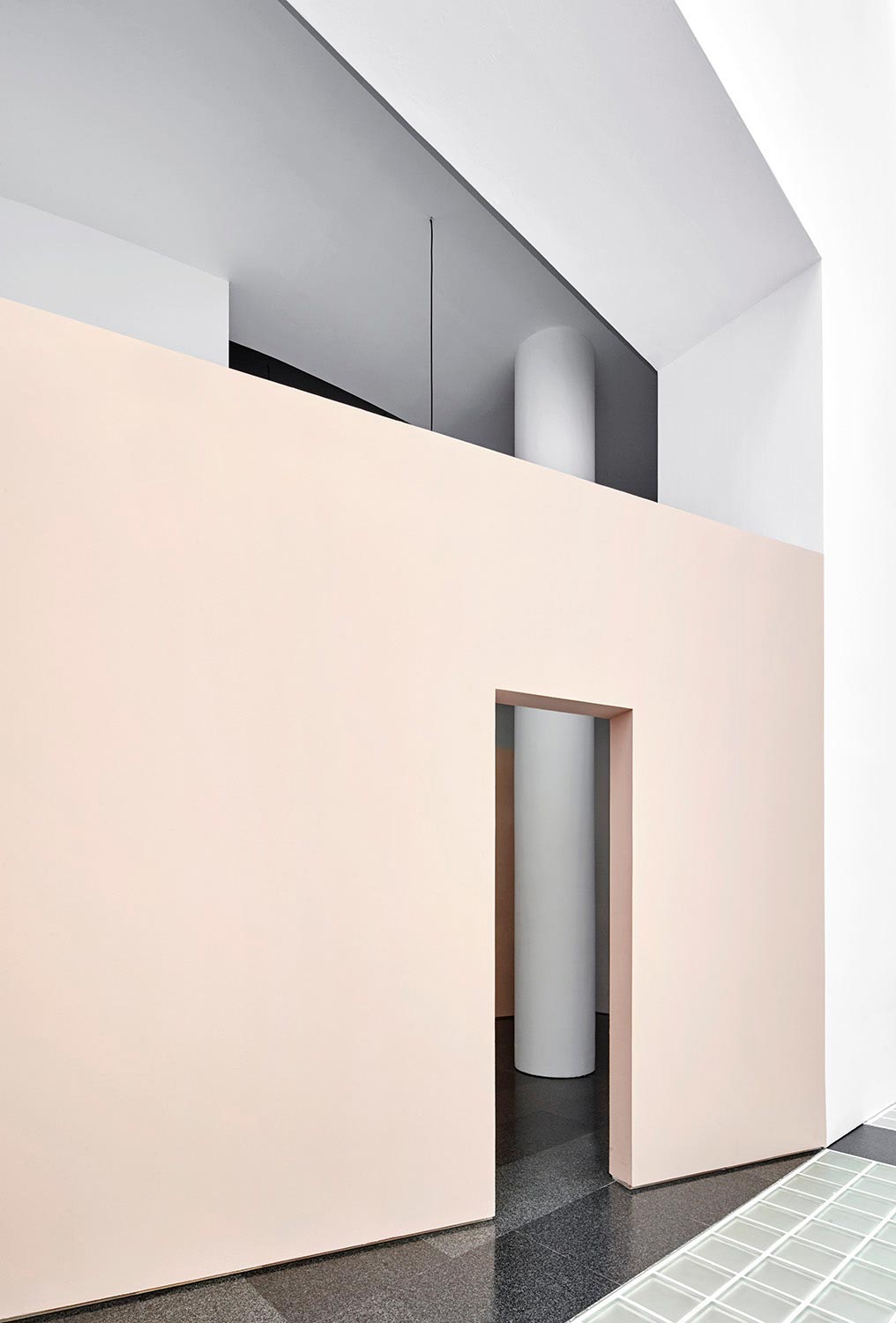 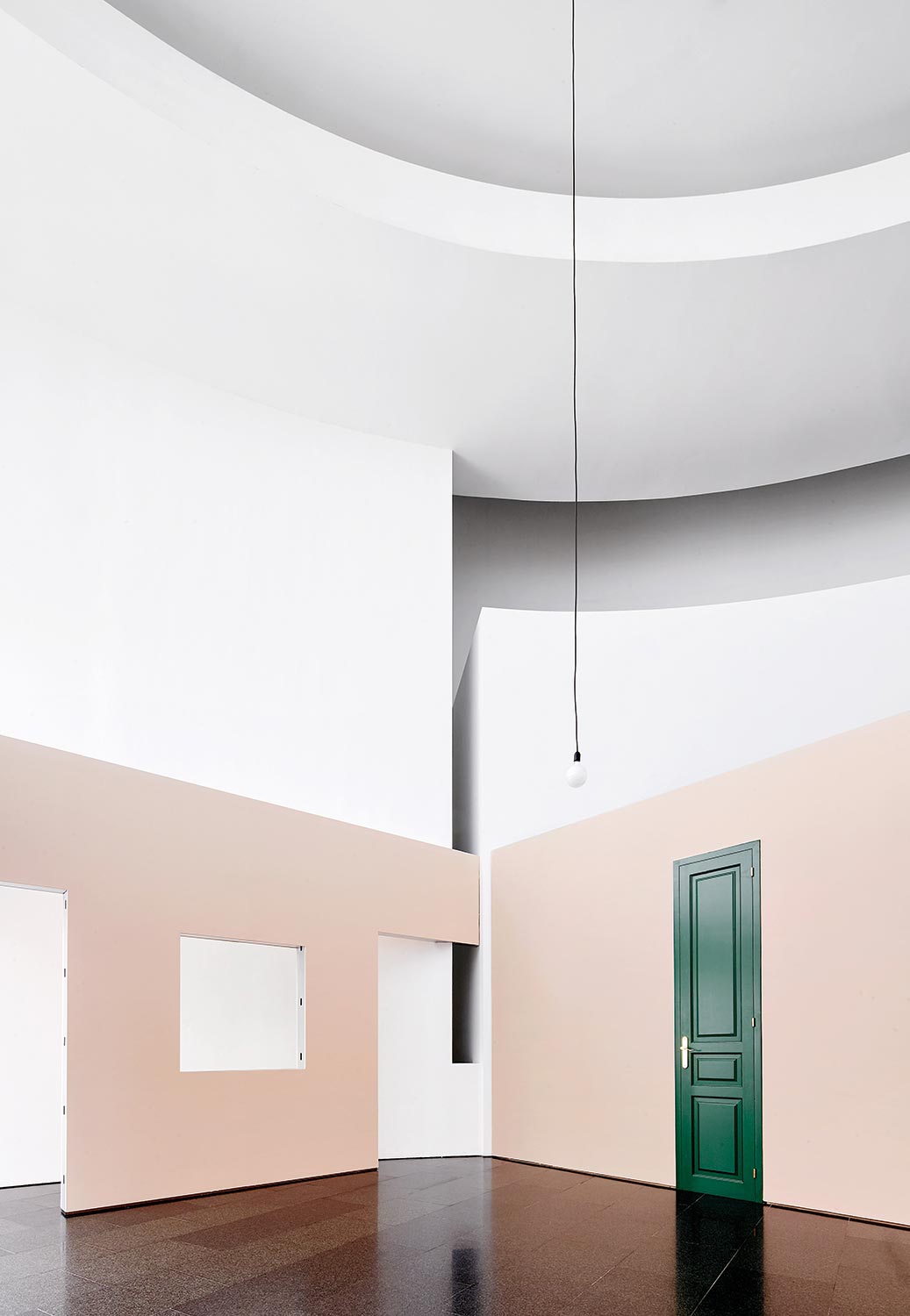 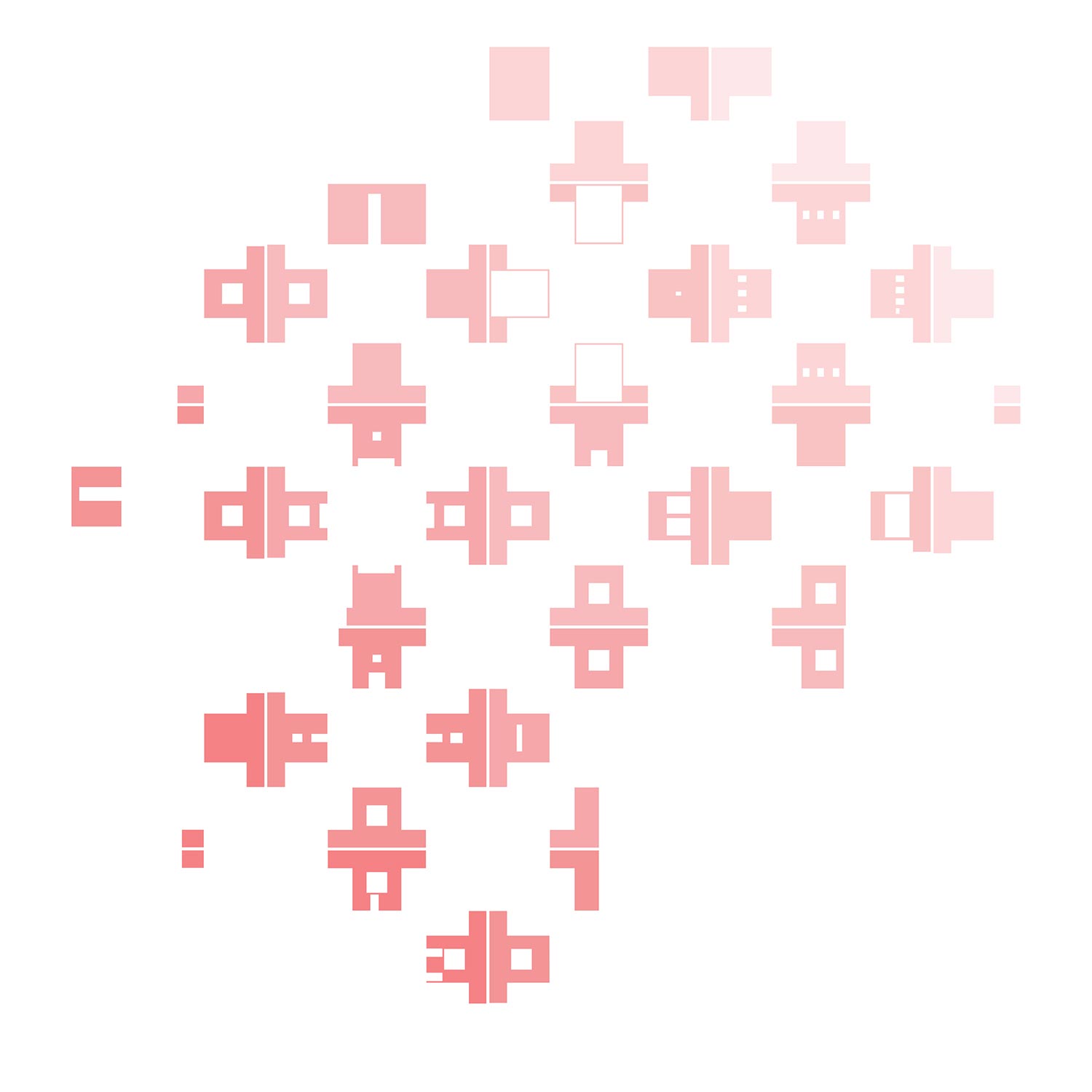 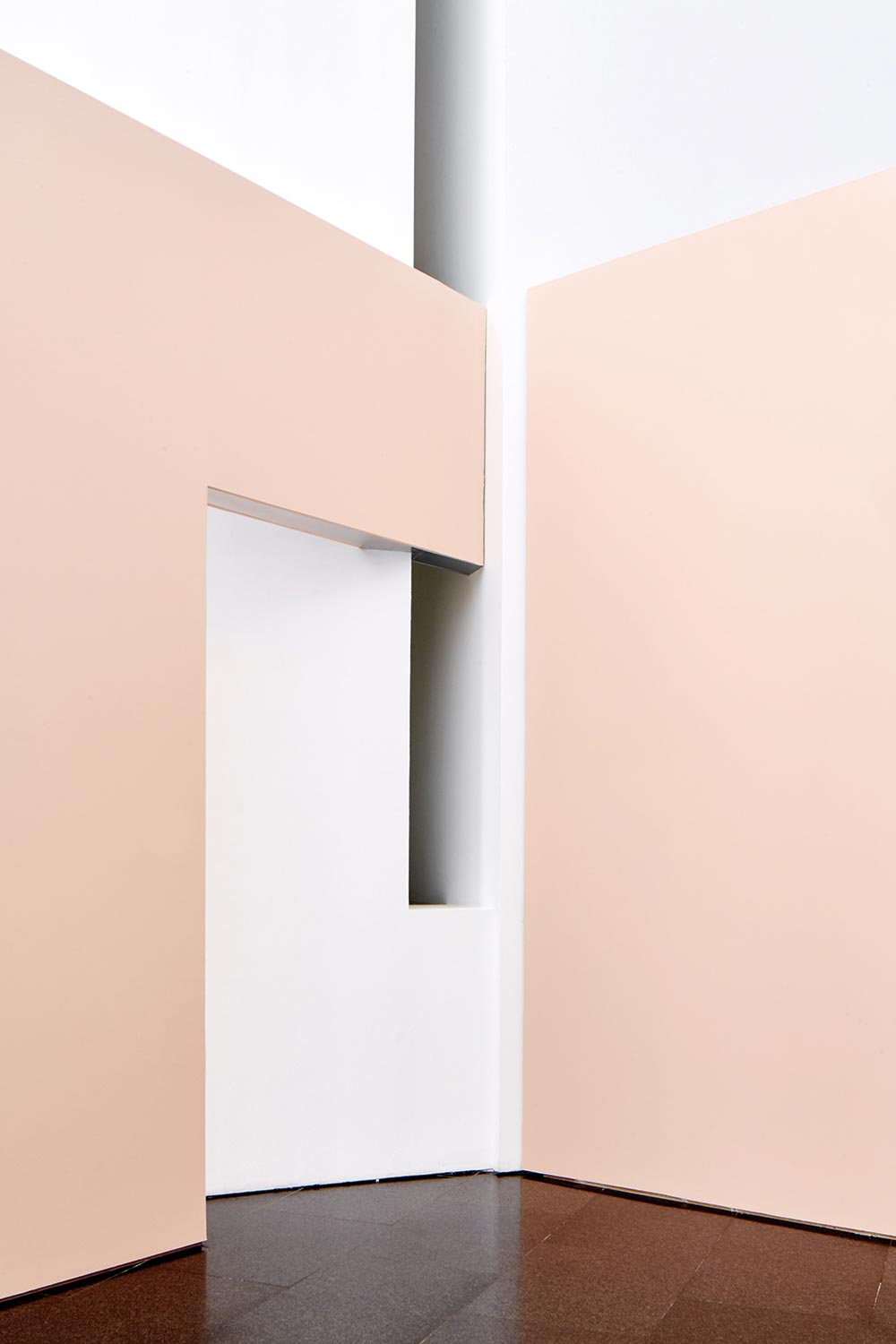 The exhibition Species of Spaces, based on Perec’s homonymous book, aims to transform the generic space of a museum into a particular one. That is the starting point of the display designed by maio, where a new system of square rooms of identical dimensions define and organize a series of works along the exhibition space.

The display for the exhibition consists in the creation of a grid of rooms within one of the circular spaces of Richard Meier’s building. The second floor of the MACBA becomes a domestic-like space where works of art are placed all along the rooms. The 4,8 x 4,8 m grid allows the construction of a maze-like space, where the specificity of each space is defined by the content but not the continent. The labyrinthine perception arises here by means of a strict repetition of rationality and modularity. Only some windows, strategically placed, communicate the rooms between them.

The walls have been painted in a subtle pink gradient that decreases towards white as the installation gets nearer to the end of the room.  The design deals with Perec’s idea of the ordinary and uses a common dry-wall system where the steel studs are uncovered and visible in the doors situated at the corners of the room.